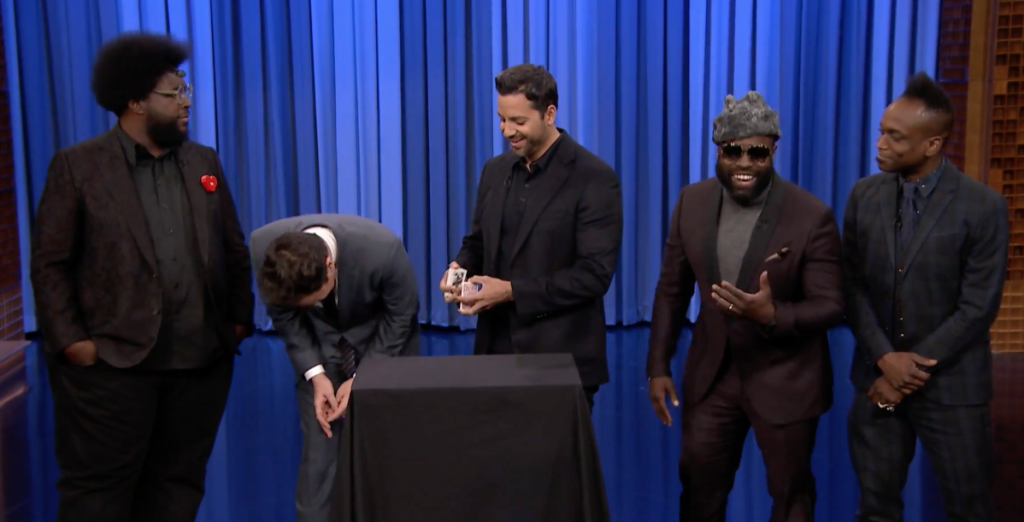 This must be David Blaine’s Best TV show appearance ever!

A student of magic for twenty-two years, it’s not often I get excited about magicians on TV show’s as its rare that it’s going to be mind blowing. David Blaine, on the other hand, was just beyond amazing on the tonight show with Jimmy Fallon.

David was back to his old tricks again on the tonight show to promote his upcoming special “David Blaine, Beyond Magic”,  which is due to air on ABC on 15th November. The trailer  show’s celebrity guests such as David Beckham and Johnny Depp being flabbergasted by the Master magician.

Why was he soo good? for me, it was because we got to see some classic Blaine, some raw sleight of hand card magic which is what propelled him into stardom on his first TV special back in 1997. Then at the very end, ohh wait till you see this! We get a glimpse of the weird, strange Blaine we are all used to nowadays! This is a must watch. I don’t think you will see an Irish magician or any other magician do this finale.